Working the Back – Horizontal Pull 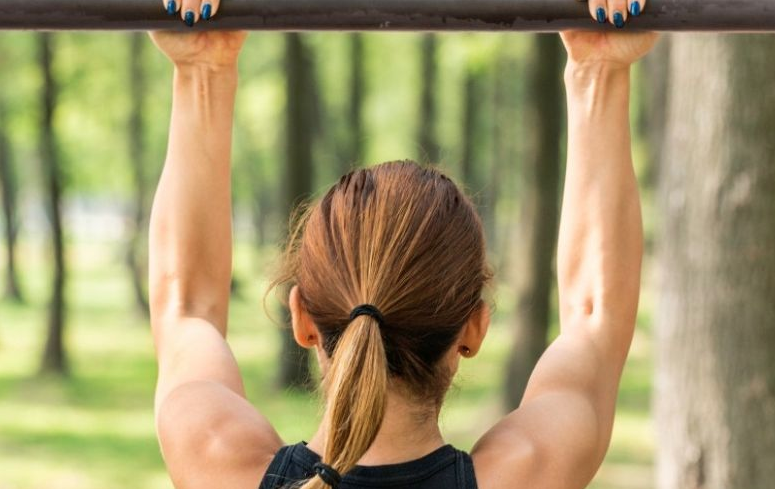 The basic horizontal pull exercise is a row. It targets mainly the horizontal fibres of our back muscles. When you develop a strong back, those muscles pull the shoulders back (flattening the shoulder blades against the rib cage), giving you a nice open-chest posture like ballerinas and military people have.

Rows are similar to pull-downs/pull-ups. They both engage the same muscle groups and involve shoulder and elbow joints. The difference between the two exercises lies in body positioning. In a pull-down, weight is moved from above the head to the chest (vertical pull). In a row, load is moved horizontally (seated cable row) or in an angle (bent-over row), depending on how you position your body. Rows could be considered the opposite movement of chest presses.

There are many types of rows, but I’ll describe the three most common ones. All the other variations come from one of those movements.

Seated cable row – Sit facing the machine, placing your feet on the pads. Knees should be bent and back should be straight at all times. Reach for the handle and pull it to your chest, bending your elbows. Slowly, return to the initial position. That’s one rep. Perform one or two sets of 10 to 12 repetitions.

Single-arm row – Kneel over a bench with one arm supporting the body. Keep a straight back. Hold a dumbbell with your free hand, keeping the arms straight. Inhale, and pull the weight toward your chest. Exhale and lower the weight. That’s one rep. Perform one or two sets of 10 to 12 repetitions.

Bent-over row – Hold a barbell close to your thighs, arms extended. Bend your hips and knees until you achieve a half-squat position. Your back should be straight. That’s the starting position. Bending your elbows, pull the bar close to your chest. Slowly, lower the bar to its initial position. That’s one rep. Perform one or two sets of 10 to 12 repetitions.

The primary muscles involved in this exercise are the biceps (arms), the lats (middle back), the posterior deltoids (shoulders), and the upper back muscles. These exercises also require the help of several stabilizers such as abdominal group muscles, deep back muscles, deep shoulder muscles, and wrist muscles.

Varying the starting position forces the body to recruit different fibers from the muscles involved. 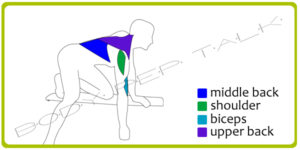 Just by describing the movement, I already gave you three variations. The options are endless. On cable rows, you have several grip options by changing the handle. You can also choose to perform the movement from a squat position, which requires core stabilization. If you don’t have access to a cable machine, it is possible to perform the same exercise with elastic bands.

You may not get it right on your first attempt and

You’re not a machine 🤖. You’re a human bei

Have you ever tried waking up early to exercise? O

You are more than just a body 🧍‍♀️. So it

We all face setbacks from time to time. 😒 The

We are all busy. And unfortunately, I don’t see