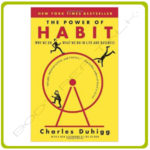 Behavior change is one of the major components of weight management programs. It is true that exercise and diet play important roles in weight loss, however if the individual cannot build healthier lifestyle habits, the results won’t last. This is because once the person goes back to his/hers old habits chances are that the pounds are going to begin piling up again. Therefore, long-term commitment is a must.

Changing someone’s behaviors is not an easy task. First, the person must be open to change (for more on that read “Increasing the Odds of Successful Change”). Keep in mind that change is only possible if the individual is willing to change. However, once the person is on board, change is possible if habits are addressed.

According to Charles Duhigg author of “The Power of Habit,” a “habit is a formula our brain automatically follows: when I see a CUE, I will do a ROUTINE in order to get a REWARD.” This is what he called the habit loop and it is an energy-saving strategy used by our brain in order to become faster and more efficient. This means that habits are instinctive pathways created by our brain in which we don’t have a conscientious participation. Not that we don’t know what we are doing – we do. Actually at some point we made a choice, but after some time the routine became ingrained in our brains and we stopped thinking about it.

The truth is that habits are powerful because they create what it’s called a neurological craving. This means that your brain start waiting for a preset reward whenever you see a particular cue which automatically unfolds a routine. Ok, but what does this mean? Let me break it down for you.

A CUE is a factor that triggers a behavior pattern. It could be something you see, a feeling, a smell, even a specific time of the day. The thing is that when you are exposed to this factor, it will drive you to inevitably perform a predetermined routine.

The ROUTINE is the habit itself. It is a sequence of behaviors performed spontaneously once you experience the cue.

A REWARD is the actual craving. It is the reason that pushes you to perform a routine. This craving appears immediately when you see the cue.

So how can we use this information in our favor? Keep in mind that it is almost impossible to just get rid of an old habit (neurological cravings are too powerful to be simply ignored), but we sure can try manipulating its variables (cue, routine and reward). In his book, Charles Duhigg suggests the following:

Initially, you must identify and understand the variables that compose your habit loop. Therefore, your first step should be recognizing the routine – the behavior you want to change. What exactly have you been doing that you are not happy with – smoking, mindless eating in front of the TV, having too much coffee, alcohol drinking? That’s the easy part. Everybody seems to know what needs to be changed; the hard part is actually doing it.

Then, discover what exactly you have been craving. Is it nicotine, caffeine, social interaction, need to do something fun? This is tricky and to figure this one out you have to experiment with rewards. It may not be that obvious; this step requires a bit of self-awareness. For example, some people may smoke because the act of holding a cigarette provides a sense of self-assurance in socially awkward situations, so in the end the expected reward is not nicotine, but confidence. Charles suggests slightly changing the routine in order to notice how you feel afterwards. This means that once you feel the urge to smoke, you should try doing something else instead, such as playing with your phone, calling a friend or reading a newspaper. Later you analyze your feelings. Did your craving go away or is it still there? I never said it was easy, but once you discover what you are craving, you can redesign your habit. The goal is to create a new routine that will provide de same reward, just in a different way.

The next step is to identify your cue. What is triggering the undesired behavior – boredom, stress, the smell of freshly brewed coffee, food commercials? To isolate possible cues, you should look for patterns. Charles recommends writing down details of what is going on the moment you feel the craving for several days. Then, compare and analyze your notes to find common points.

Now that you’ve identified all components of the habit loop, all you have to do is to set a plan of action. This means that you will actively choose to behave in a certain way whenever you see the cue that triggers the habit. Keep in mind that the reward is still going to be the same; all you are changing is how you are getting it. The goal is to teach your brain a new pathway that will lead to the reward you’ve been craving. Once it is ingrained, it will become a habit and you won’t have to think about it anymore.

Girl, you are worth it. I'd love to have you as pa

We are all on a life-long journey towards self-imp

Hello lovely ladies. If you want to take charge of

Weight-loss is not just about calories in and calo

You are beautiful just the way you are. Be yoursel